According to the email sent by the company, interested users will be able to purchase from January 6 the OnePlus 3T in gold color. However, due to some restrictions, this new color option will only be available for the 64 GB version. Those who prefer the variant with 128 GB will have to settle for the gray color as the only option. In addition, it was not revealed whether this will happen only at the beginning of sales or if there will never be a 128GB gold version. 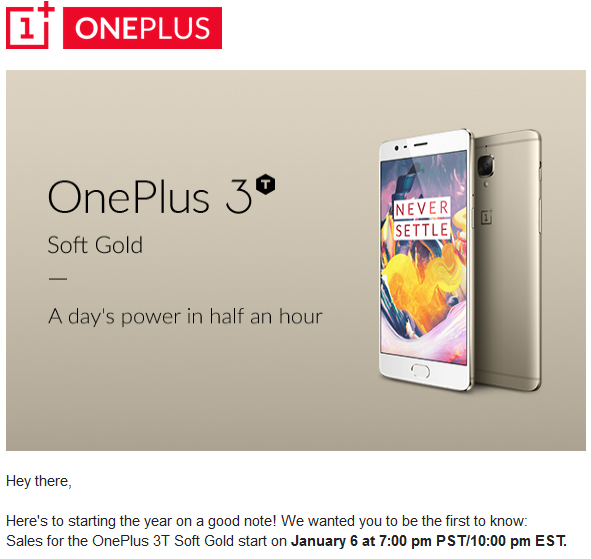 As expected, the technical specifications of this new model will be the same as the gray version. This includes the Full HD display, the 6 GB RAM memory and the brand new Snapdragon 821 chipset, the main novelty of OnePlus 3T compared to its predecessor.

Recommended Article:  Apple could sell separately the wireless charger of the next iPhone

Another aspect that will remain unchanged is price. Users interested in buying the OnePlus 3T golden in color need to pay only $ 439 (R $ 1,433 in direct conversion), the same amount charged for gray version of 64 GB. Unfortunately there is no information on the arrival of either of the two variants in Brazil and because of this the only way out is to import the device.